creating a learning plan for an advanced child

If your child is going to be entering preschool soon, you're probably experiencing a mixture of nostalgia and anticipation — and you also might be wondering how preschools have changed since you were a kid. Naturally, you want your child to have the best possible preschool experience, and if you're like most parents, the thought of sending your child off to preschool is making you a little nervous. However, preschools have experienced some substantial changes in recent years, and the preschool classroom that your child may experience will very likely be quite different from the one you attended — but the changes are positive.

The following are seven trends you can expect to see in today's preschools.

An Increased Focus on Math

Preschools of the past focused on learning the primary numbers, but other than that, math was left untouched until the first grade. Recent research indicates that development of math skills at an early age is a strong sign of academic success later on. Early childhood curricula have traditionally not included math education designed to help teachers incorporate math into the everyday activities of the preschool classroom, and educational programs designed for preschool and kindergarten teachers are beginning to support the trend toward earlier exposure to math.

Preschools of the past often used punitive techniques such as having misbehaving children spend time sitting in corners or sending them home for the day. However, an increasing number of today's preschool teachers are trained in techniques designed to help children manage confusing and difficult emotions. Children who learn how to identify and express their emotions in an appropriate way at an early age generally are happier and more productive than those who are punished for emotional displays and outbursts. Evidence suggests that children who learn positive social skills in preschool also enjoy greater levels of academic success in later grades.

You'll probably also notice an increase in literacy development in today's preschool classrooms. Early literacy programs are another component found to have a strong effect on the future academic performance of preschool children. Even children as young as three years old are being introduced to concepts such as letter identification, individual vowel sounds, vocabulary building, and storytelling awareness.

Initiatives designed to decrease the achievement gap between various socioeconomic groups, such as the Every Student Succeeds Act and Universal PreK, are making high-quality preschool experiences available to a greater number of students. Children from low-income families in particular stand to benefit greatly from attending good preschools and kindergartens.

Old-school PTA organizations have faded into the background during the last couple of decades, but today's schools are seeing a significant increase in parental involvement. Parent organizations have made a comeback at the preschool level, and parents are volunteering in classrooms in increasingly greater numbers.

Physical fitness was almost phased out of early childhood education programs in recent years. However, periods of scheduled physical activity have been found to have a calming effect on preschool children as well as helping them focus more effectively when it's time to return to the classroom. With childhood obesity rates at record highs, physical fitness also plays a role in helping keep kids healthy.

Increase in the Use of Technology

Although traditional learning tools are still very much at play in the modern preschool classroom, technology provides them with yet another way to explore their world and to develop their creative strengths. Expect to see a variety of digital technology at use in your child's preschool classroom.

To learn more, go to this site or to similar sites. 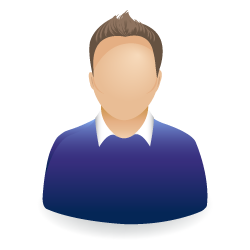 My son has always had high scores in school, but as he got older, he started showing signs of distress. His grades were still good, but his behavior wasn't so great. After talking with the counselor at the school, we came to the conclusion that my son wasn't being challenged enough and that he was getting bored in class. We started looking into our options to create a learning plan that would challenge him and teach him what he wants to learn. See what you can do for a child that is learning beyond his or her level to create a plan that will keep him or her on point.